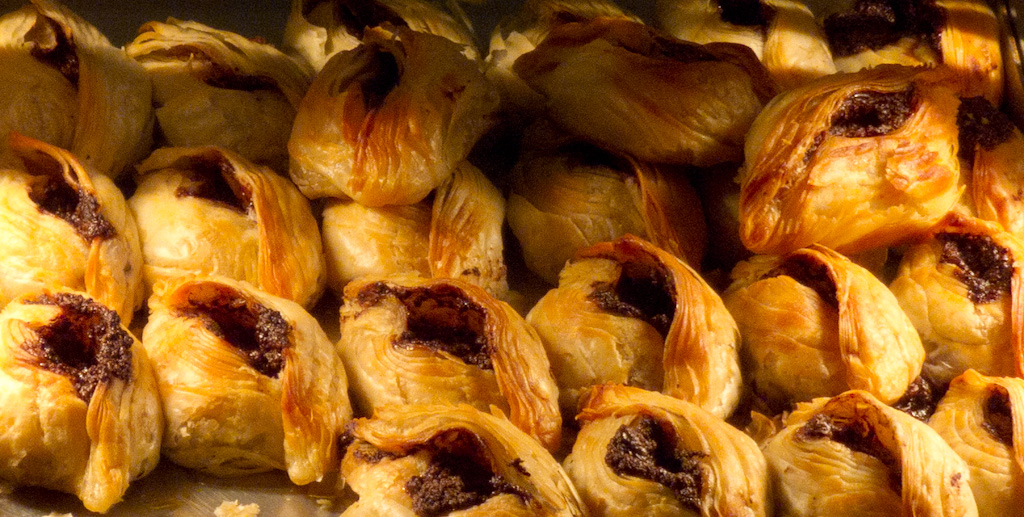 What you have just read is the traditional rhyme that pastizzi vendors used to scream at the top of their lungs to attract customers. Although I’m pretty sure you’ve heard all about pastizzi, here’s a quick briefing.

What is a pastizz? (sing. of pastizzi)

A pastizz is a Maltese delicacy going back hundreds of years. The snack itself a representation of our concoction of foreign influences in our culture and lifestyle. It comprises an Arabic flaky and crisp savoury pastry,  together with Sicilian-influenced filling of ricotta cheese or mushed peas with spices. Those are the traditional mouth-watering flavours that have been present since day 1. Nowadays, pastizzi vendors have tried to be innovative and come up with other tastes, for instance chicken filling or Nutella. They are very cheap to buy with the average price being 40 cents for each pastizz.

Where can I get a pastizz?

Malta is overflowing with vendors and small shops that sell pastizzi. Having said that, some places are simply better than others. The best opinion to depend on when searching for the best pastizzi on the island is to ask Maltese locals themselves. Based off of polls and online reviews, here are the best places to get the most delicious pastizzi in Malta and Gozo.

Without a doubt this is the island’s most popular place to get pastizzi. Tas-Serkin has gained a strong reputation over the years for selling the best pastizzi around. It’s located in Rabat on the outskirts of Imdina and throughout it’s 74 years of service has always kept its old, vintage touch, namely still serving coffee in a glass. The best part is that it’s open 24/7!

Run by his son Henry with hopes to pass it on to his daughter, Roger’s Bakery has many people flocking to the south of Malta specifically its pastizzi. With around 80 years of experience, this bakery never disappoints! Whilst sticking to the traditional recipe as much as possible, these pastizzi are slightly healthier as the dough is made with vegetable butter rather than lard. Many argue that Roger’s Bakery is the most underrated pastizzi vendor in Malta. A very strong contender to Serkin, yet almost always in its shadow.

This timeless cafe is renowned as the best place to get pastizzi in the sister island of Gozo. Its quaint old decor together with the vintage music playing in the background really takes you back to simpler times. Pastizzi are served at breakfast time till they run out, so the earlier you get there the greater the chance of getting your hands on some warm, crispy, handcrafted pastizzi.

Not far from Cafe Jubilee is Bellusa. It is nicely located in the main square of Victoria, Gozo. This small, traditional snack bar has an authentic and genuine feel to it. Enjoy their delicious pastizzi as you sit down with a coffee and observe the bright movement of the popular square. They tend to sell out of pastizzi early, especially on weekends. So don’t take too much time thinking about it; just go and enjoy your pastizz!

Where’s your favourite place to have a pastizz? Let us know in the comments below!